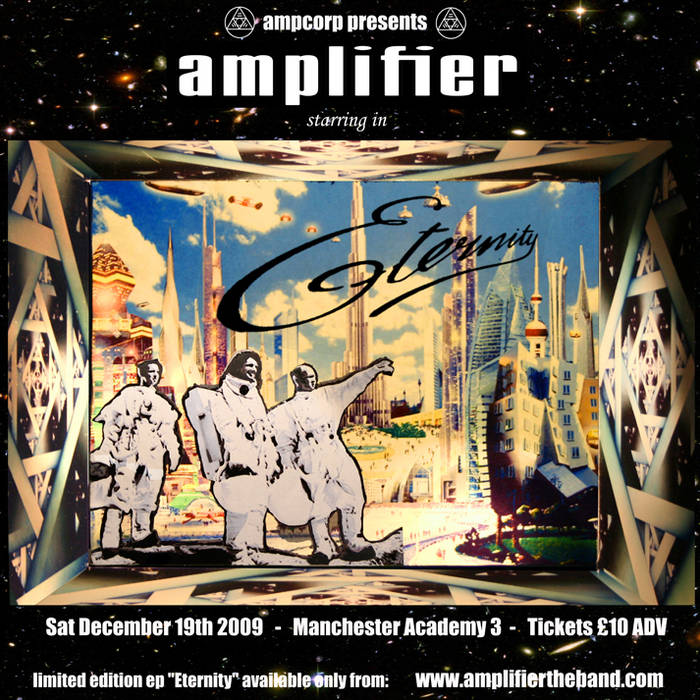 Wish I'd Been There. Favorite track: Empathy // Live Human.

Before coming, I’d already decided that I was going to give Amplifier a four-out-of-five. I saw them live last year and whilst very good, they failed to quite hit that, well, eternal quality, that Other that makes a gig stick in your mind for good. After Charlie however, greatness was calling. Eternity gets played in full, along with ‘Motorhead’, (other requests include ‘Freebird’ and ‘Killing in the Name’, which is briefly obliged by Neil while Sel is tuning), ‘Post Acid Youth’ and ‘Hymn of the Aten’. The sound quality is notably better tonight, and the vocals cut through a lot more cleanly.

The songs almost don’t matter though. It’s more about the atmosphere- the interplay between crowd and band is completely organic, and between joking, thanks, shout-outs to friends and family as well as explanations about songs and band history the vibe in the room is warmer and friendlier than any gig I can remember. It’s nice to see Sel and the band play with the same honesty he described in interview; there’s an authenticity to the chemistry on stage when he thanks Neil and Matt for “putting up with his shit for ten years” that is genuinely moving.

In the sedate early numbers momentum is lost, but they also serve to show how far this band has come when later material is played. ‘Amplified 99’, one of their first songs is nevertheless a set highlight, and crowd pleasers ‘Half Life’ and ‘Glory Electricity’ are duly played as an encore. It is however in closer ‘Map of an Imaginary Place’, where they finally take flight- the gentle vocals and sedate verse guitars perfectly counterpoint the hugeness of the distorted sections, evoking that squalling drama that really sets Amplifier apart, and shows that while they may be ten years old, they are far from a spent force.

We've been around since the 20th century.

We started on casette.

We may end up back on casette.

Bandcamp Daily  your guide to the world of Bandcamp